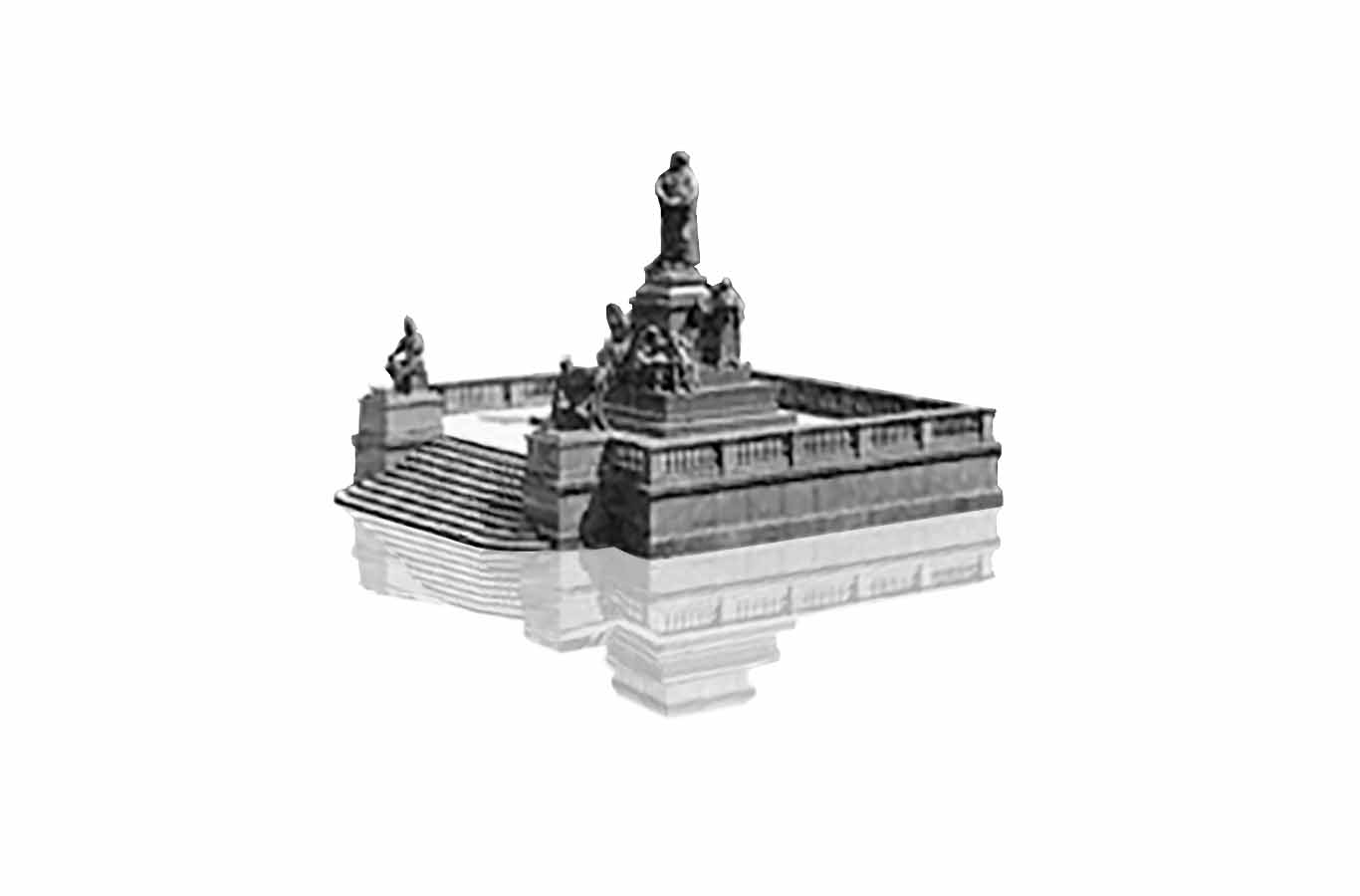 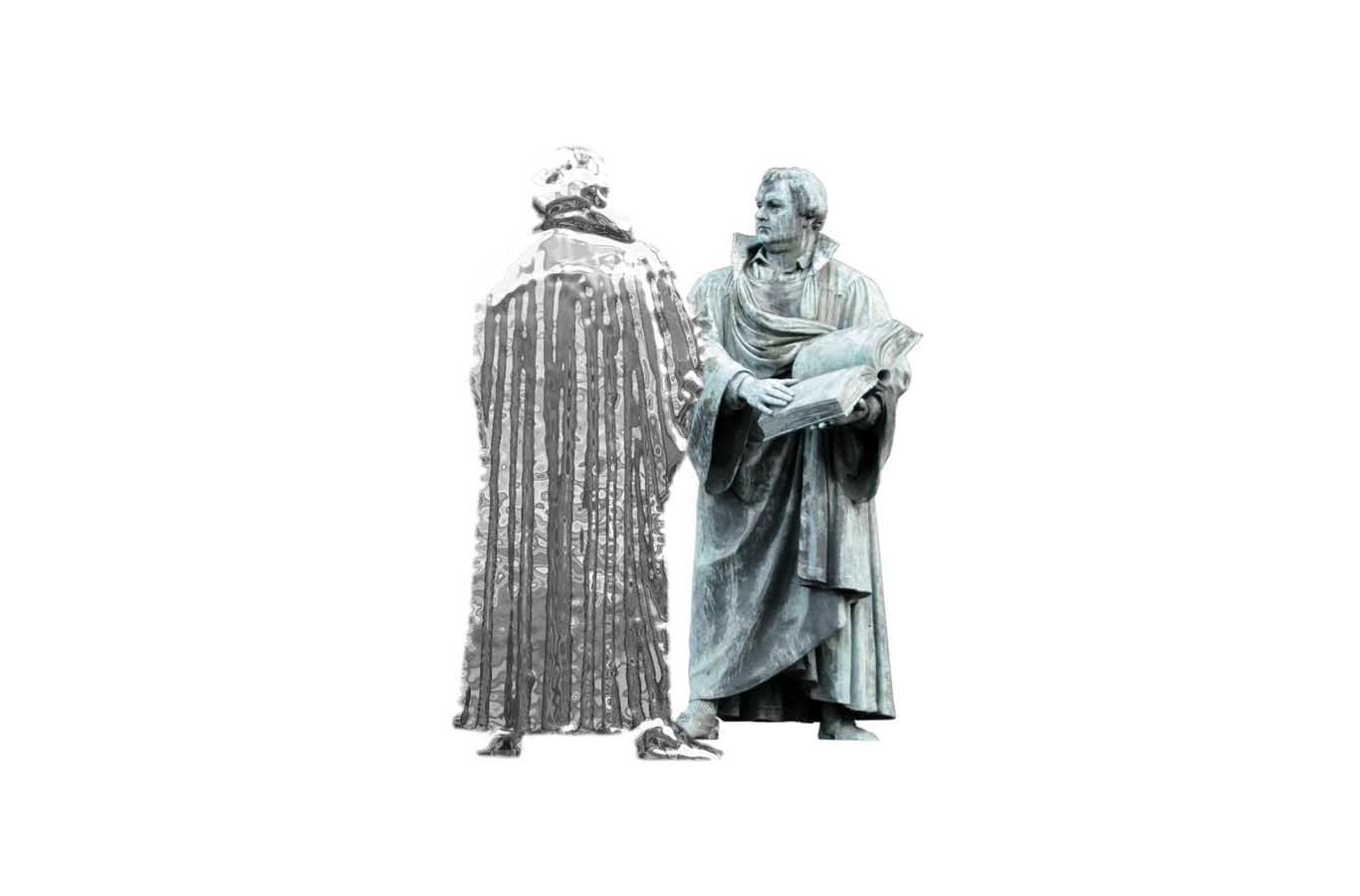 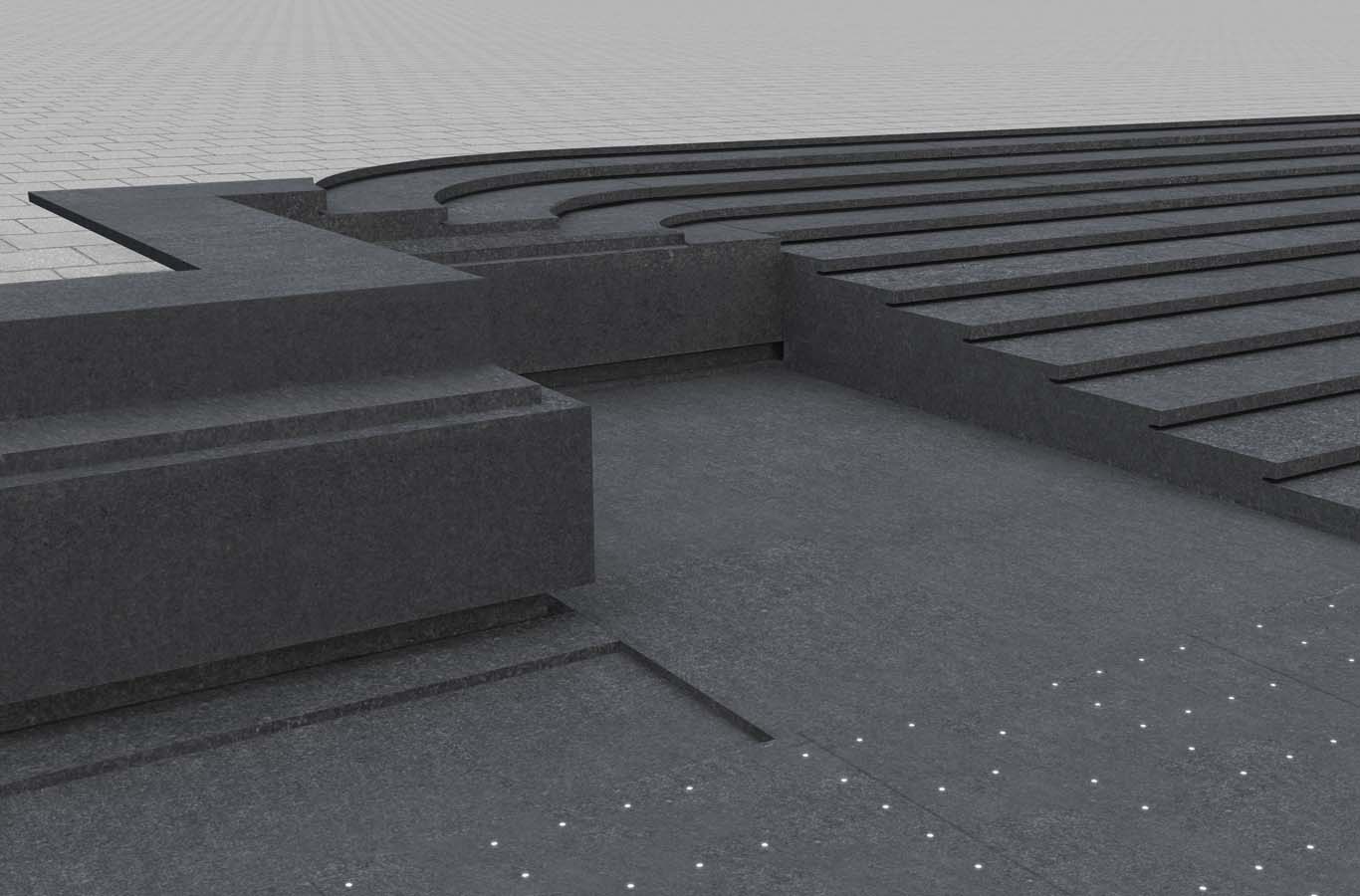 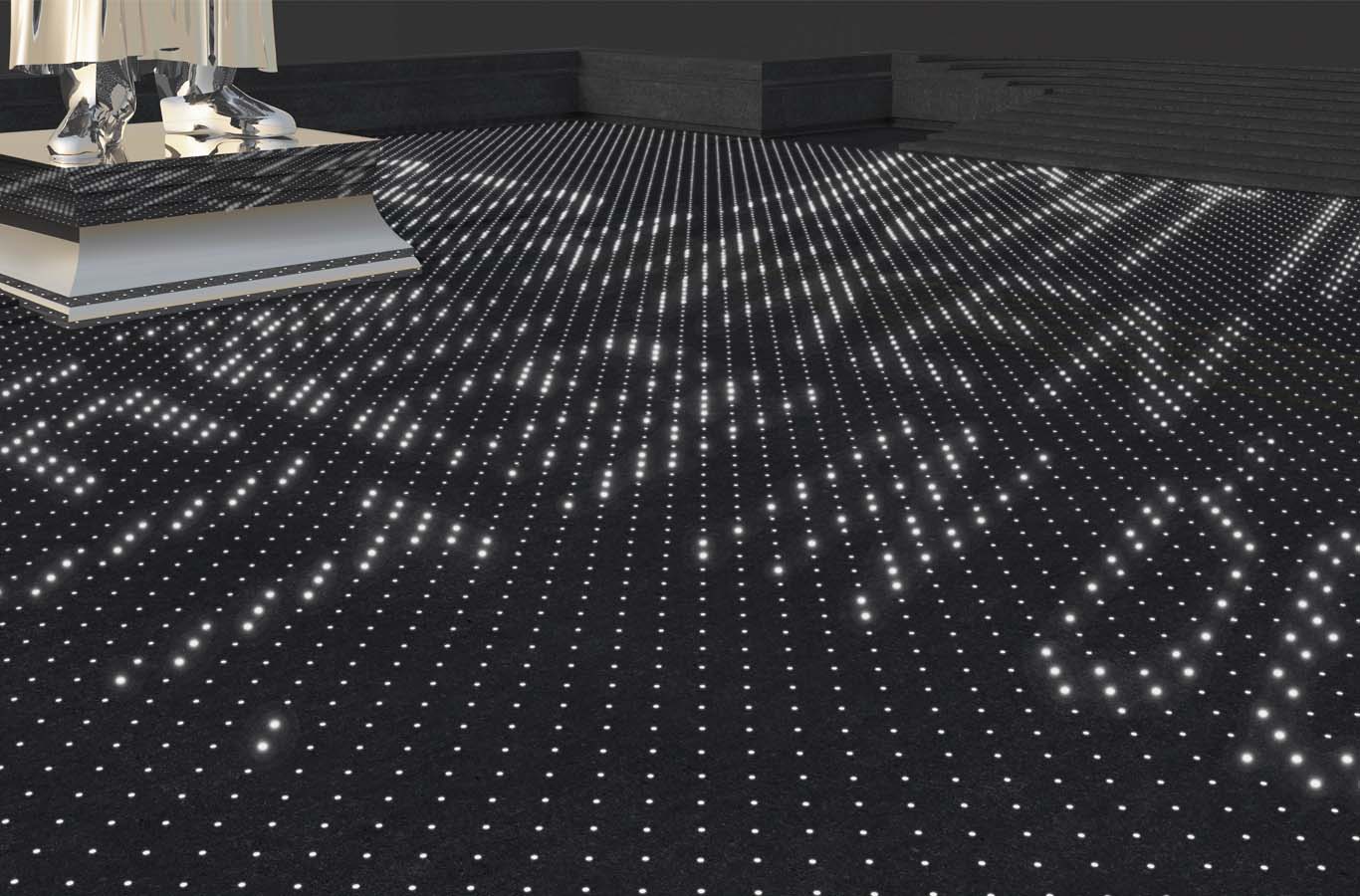 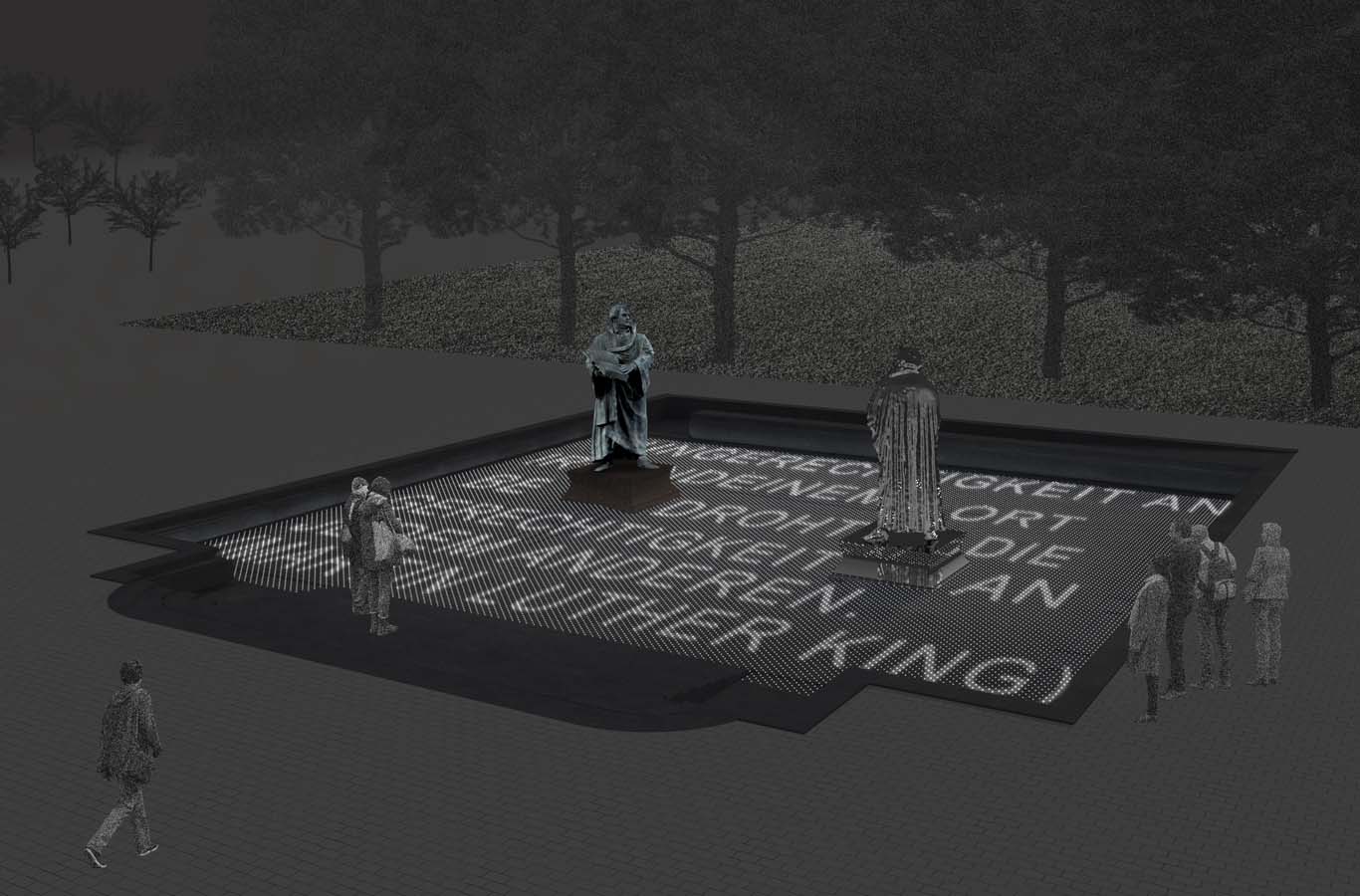 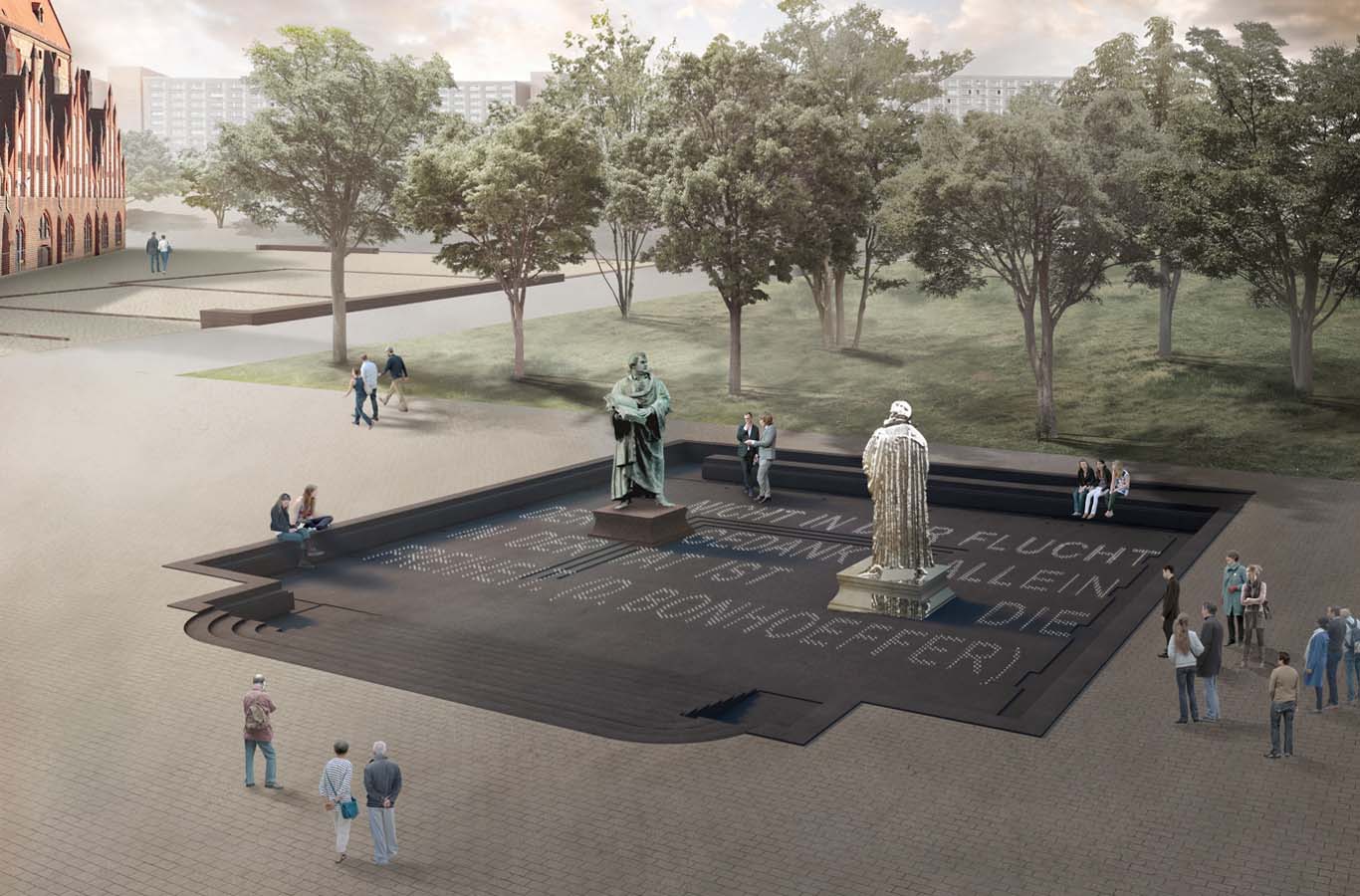 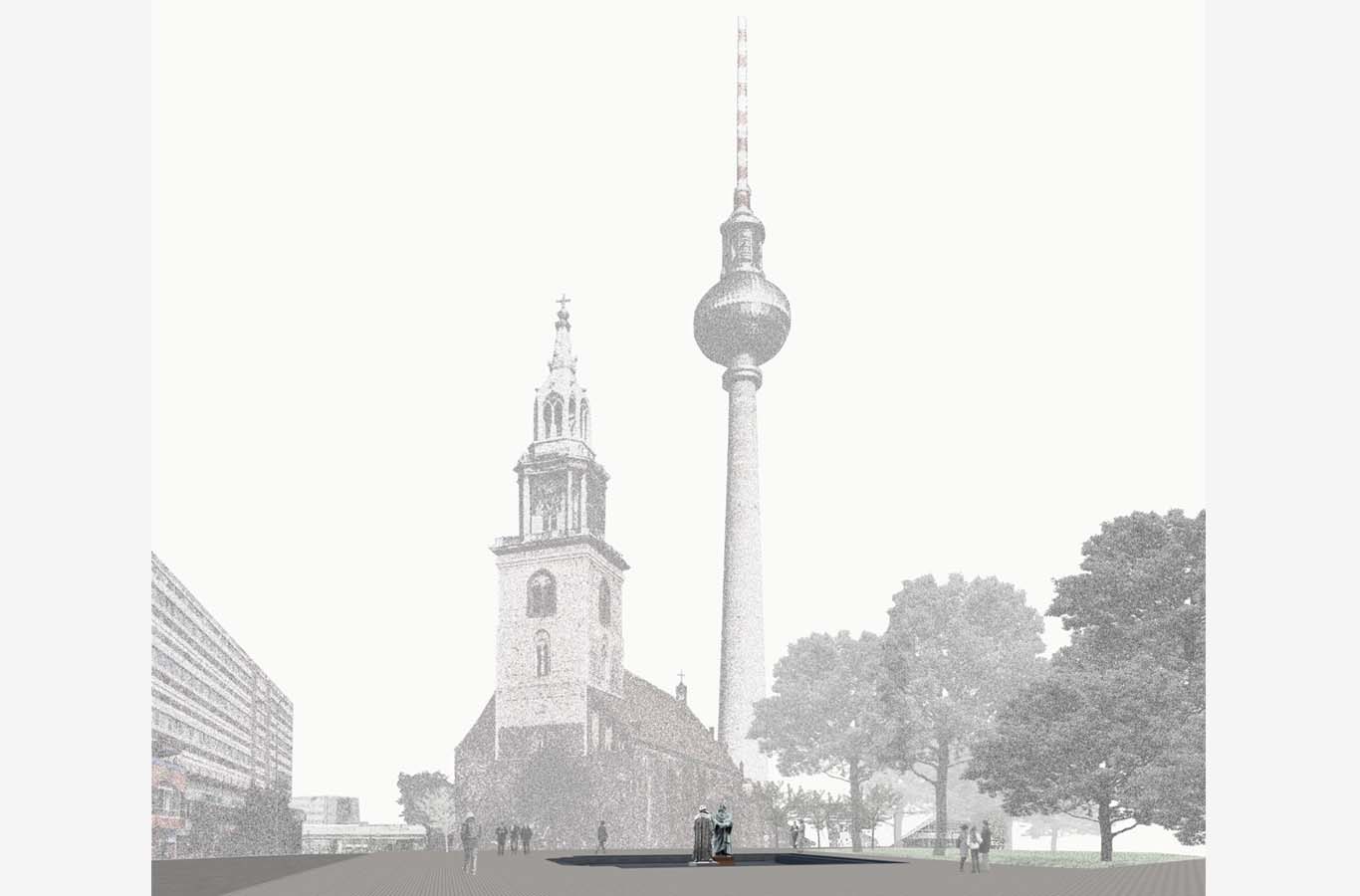 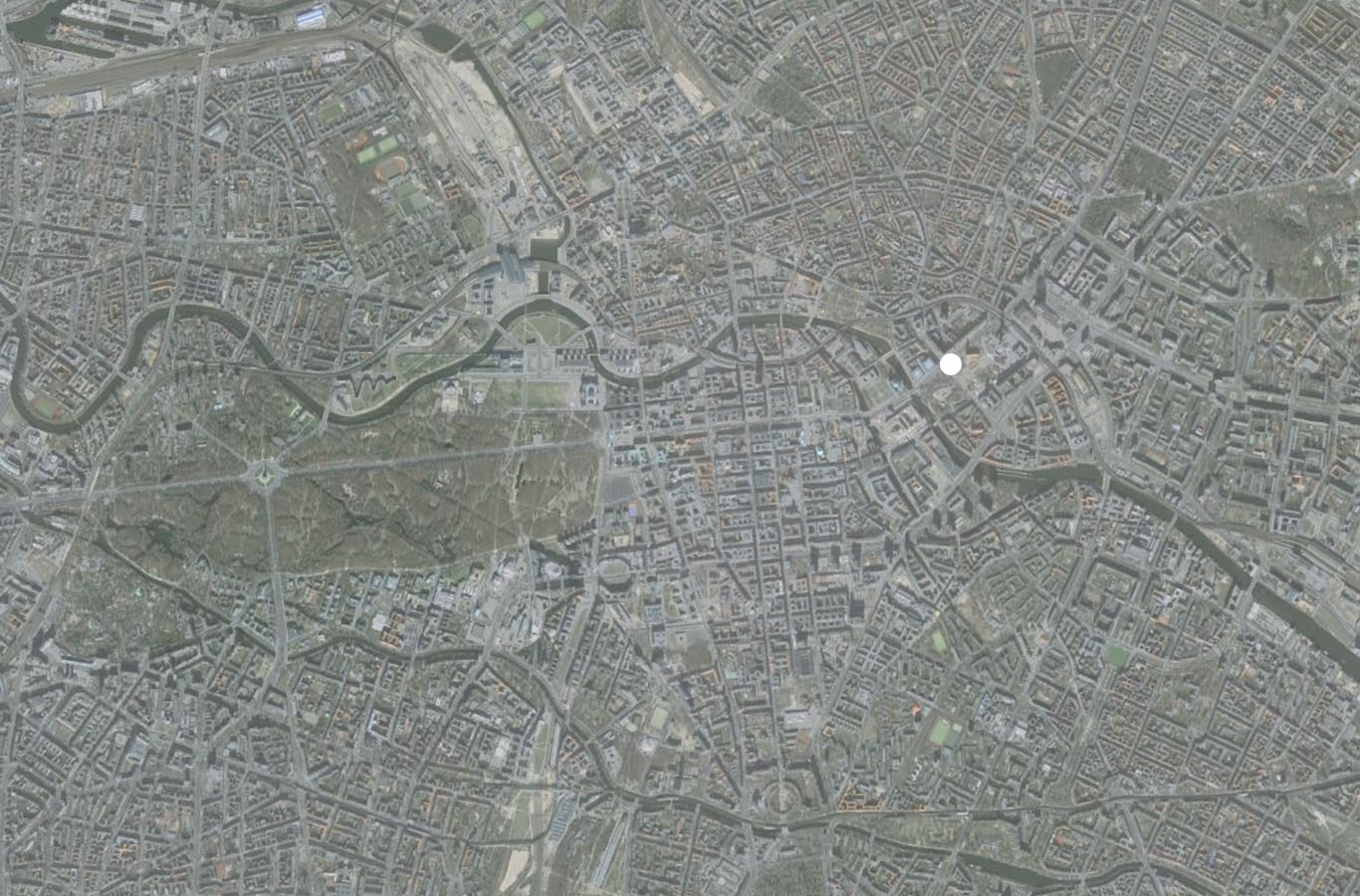 The new memorial for Martin Luther will be realised in front of the St. Marienkirche in the centre of Berlin. The design for the contemporary memorial refers to the outlines of the historical Luther monument, which was destroyed during WWII, by carving a mirror image of the original volume into the ground. The historical sculpture of Martin Luther, which was rescued, is duplicated by a new cast-aluminium version with a mirroring chrome surface. The heroic gesture of the original sculpture gets transformed into dialogue and reflection, symbolising the communicative society of the 21st century. A grid of 10,000 LED lights transmits quotes of Luther’s followers as illuminated texts to the passers-by. As a space of light the memorial becomes a focal point within the urban sequence. • In collaboration with Albert Weis.