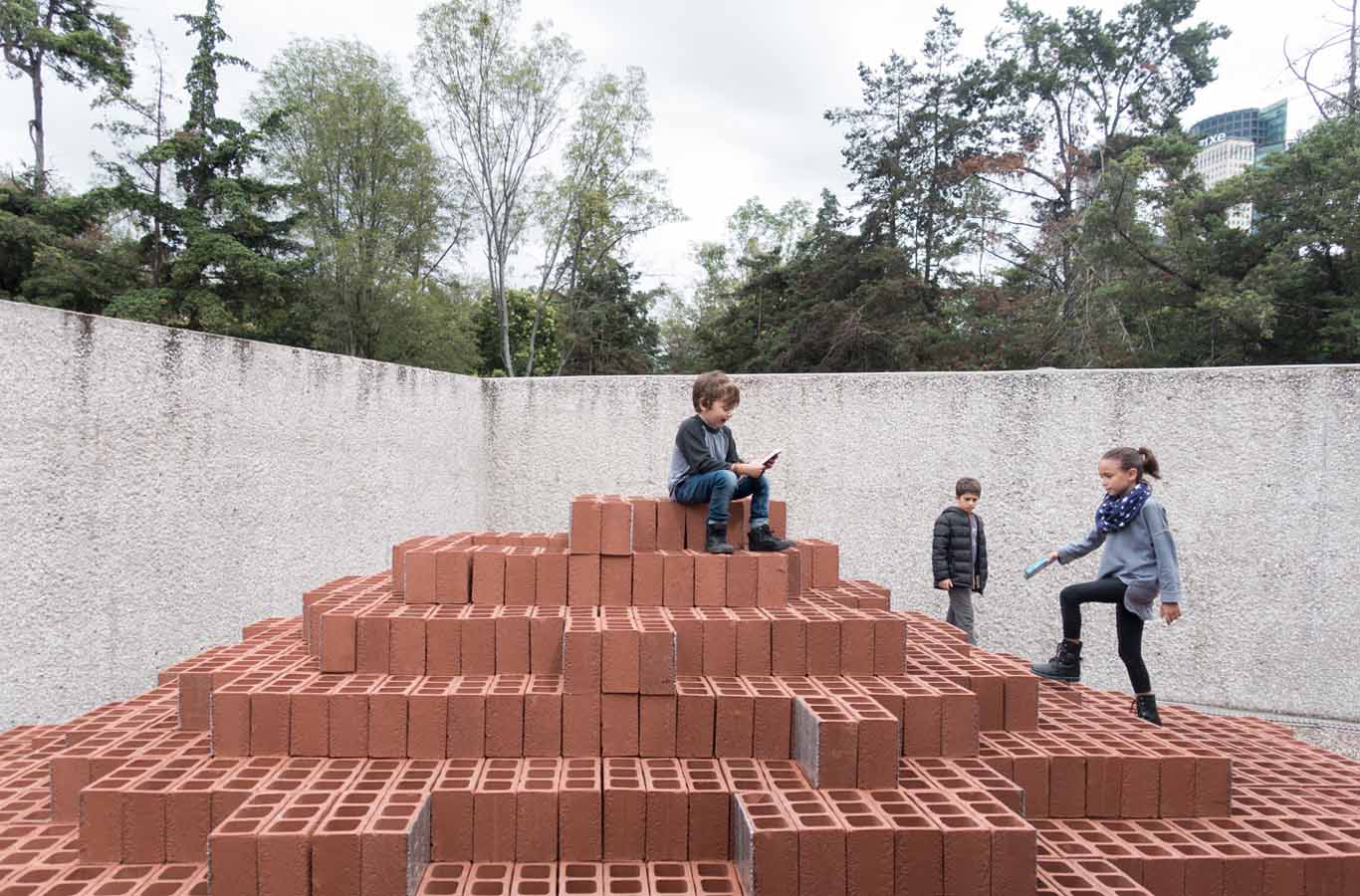 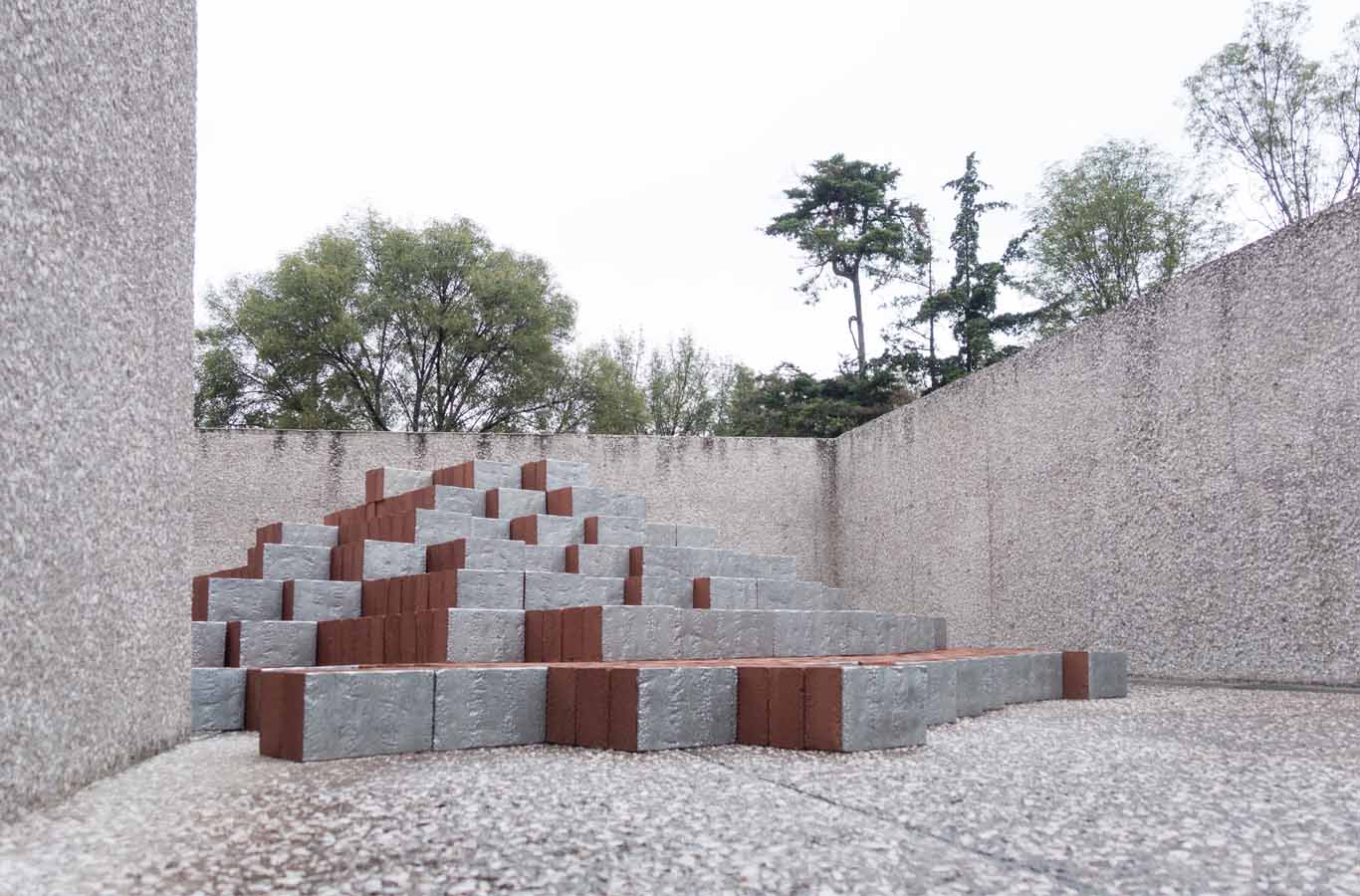 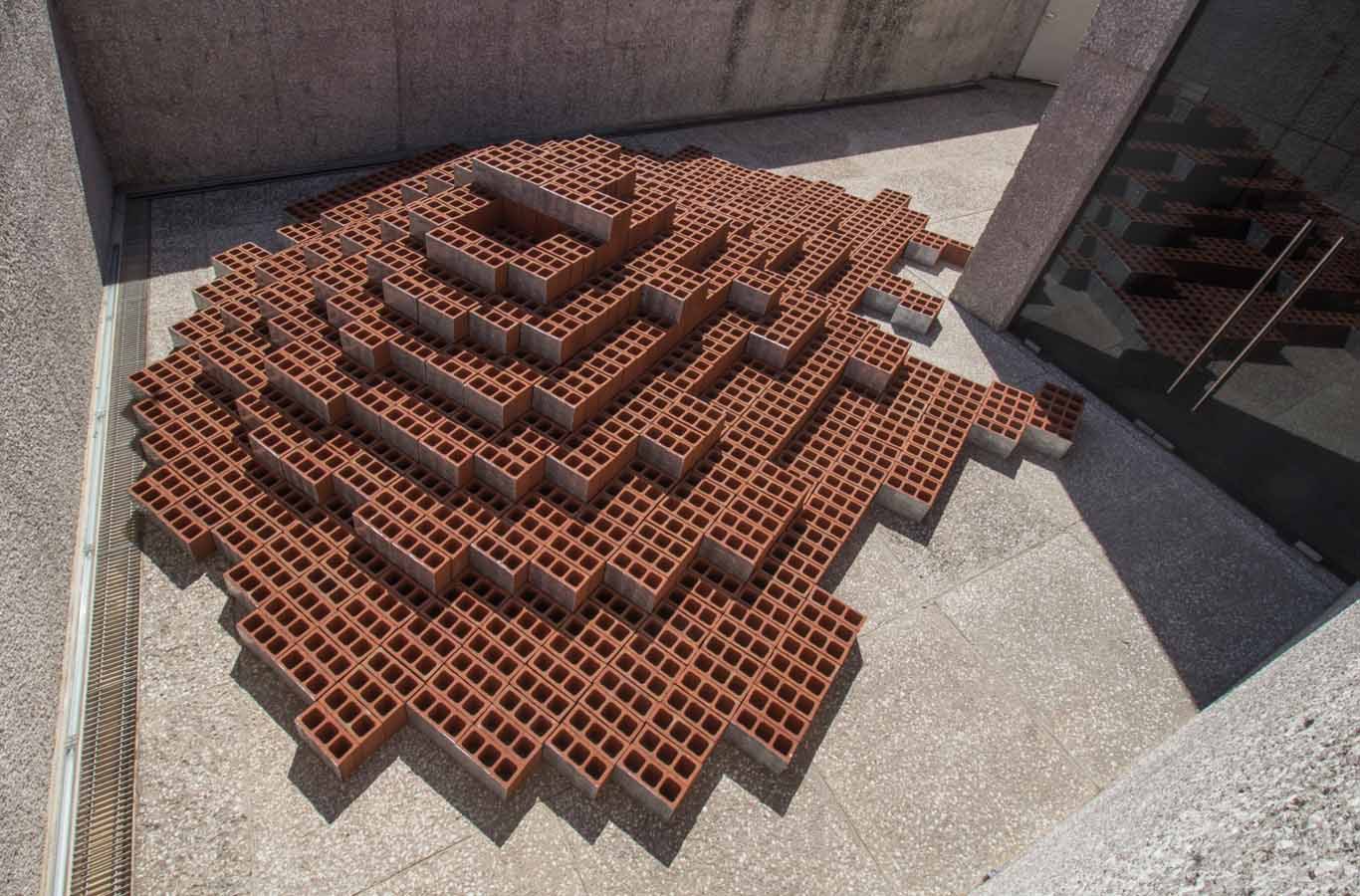 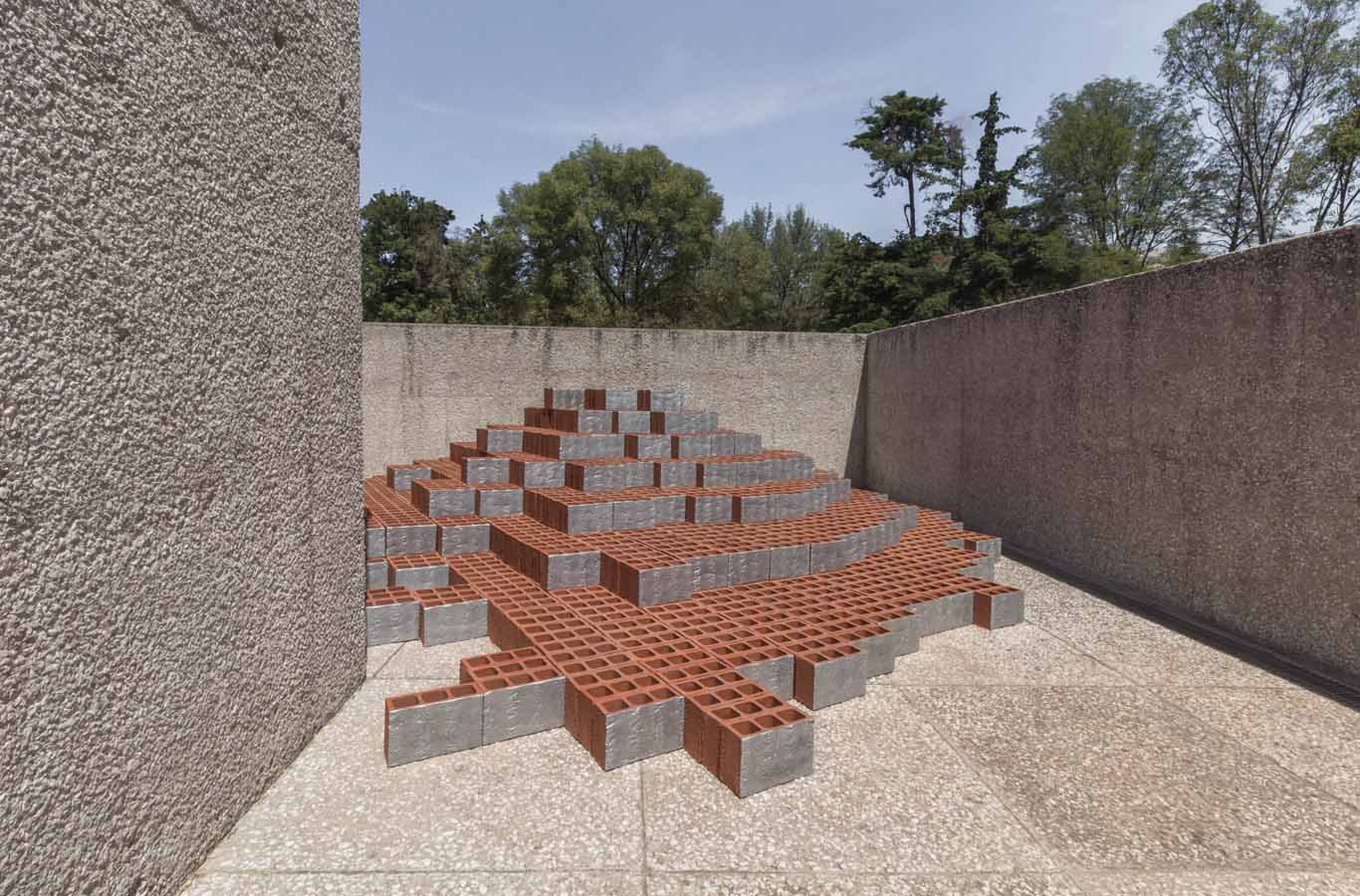 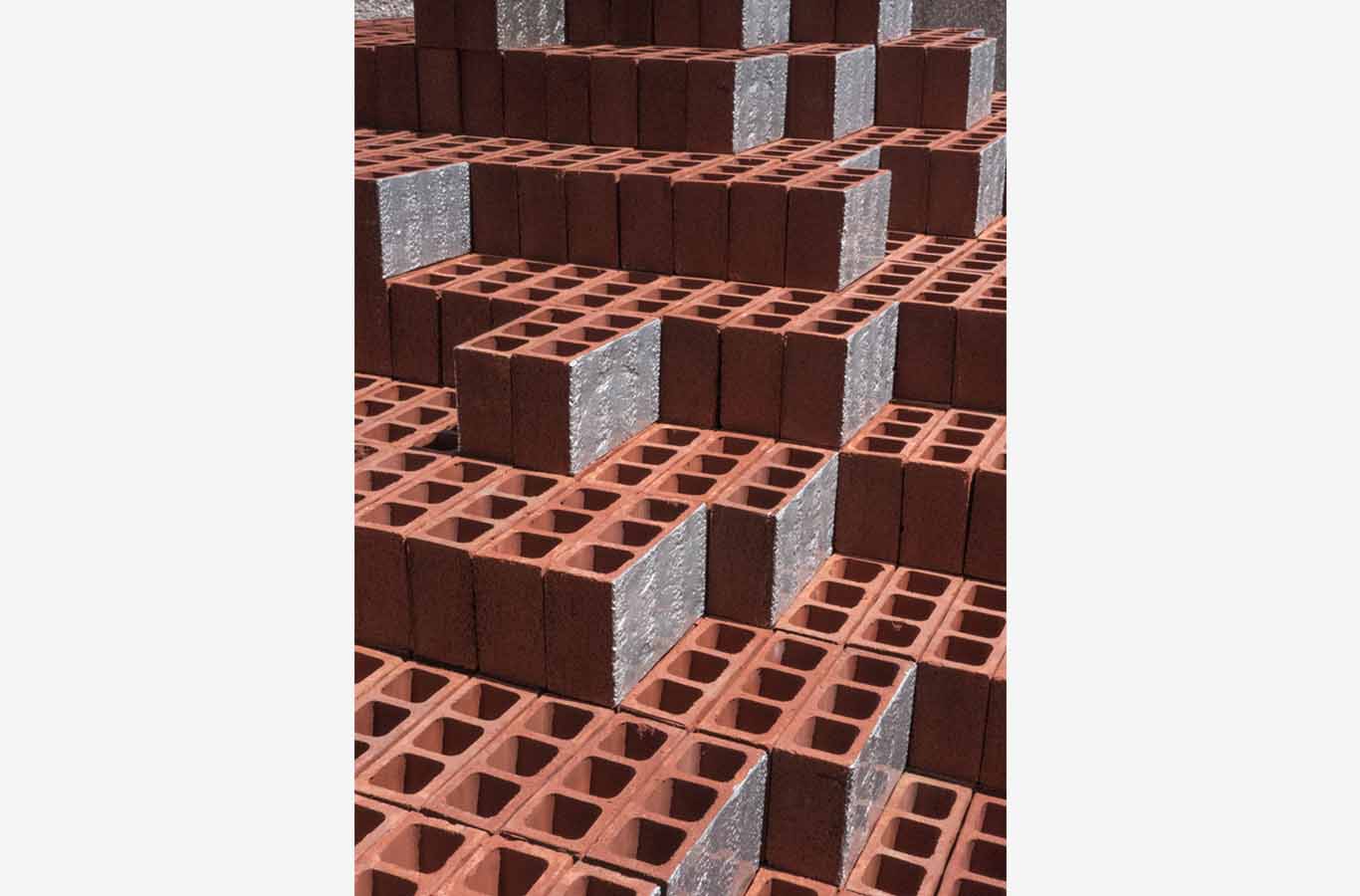 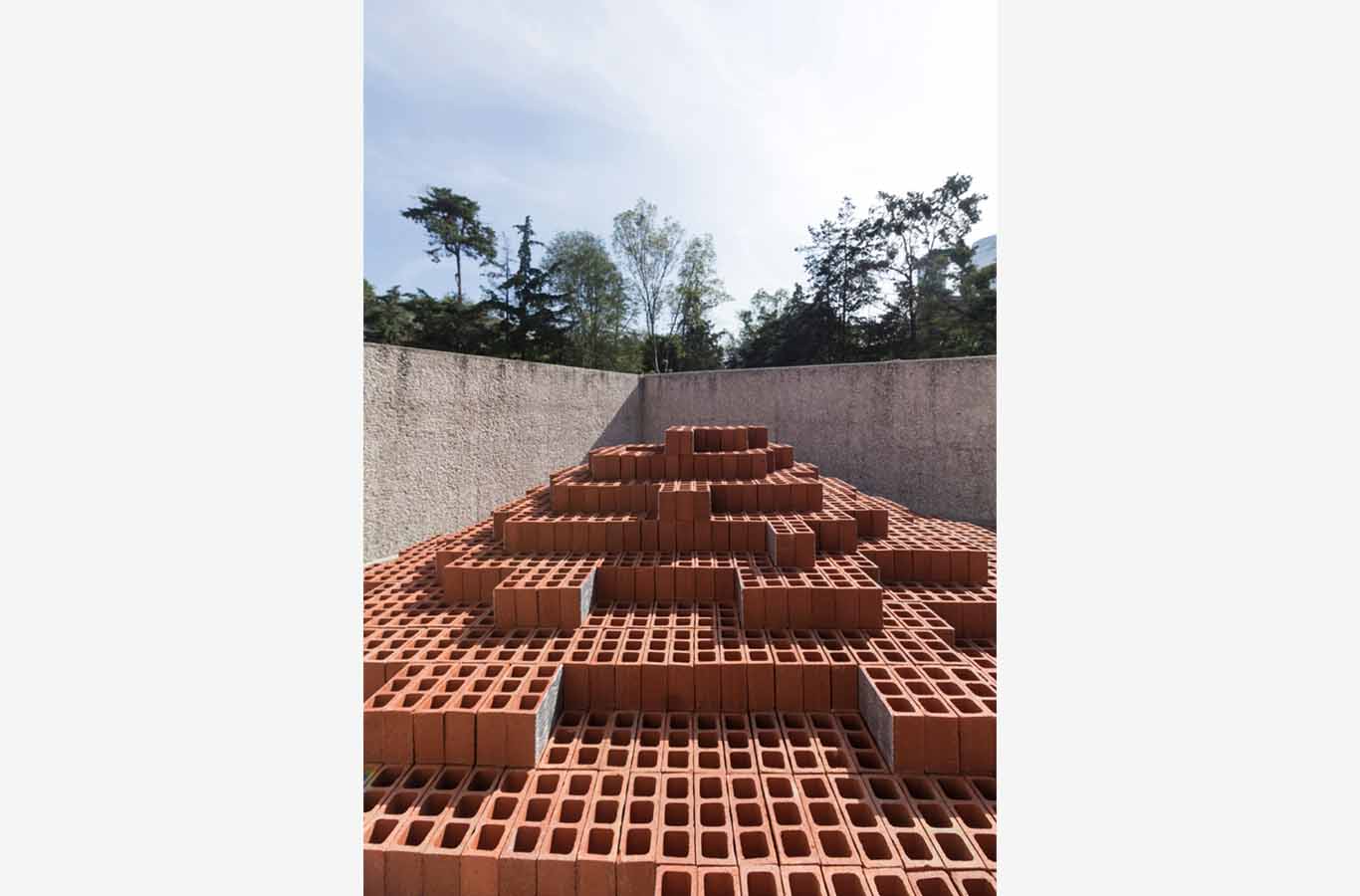 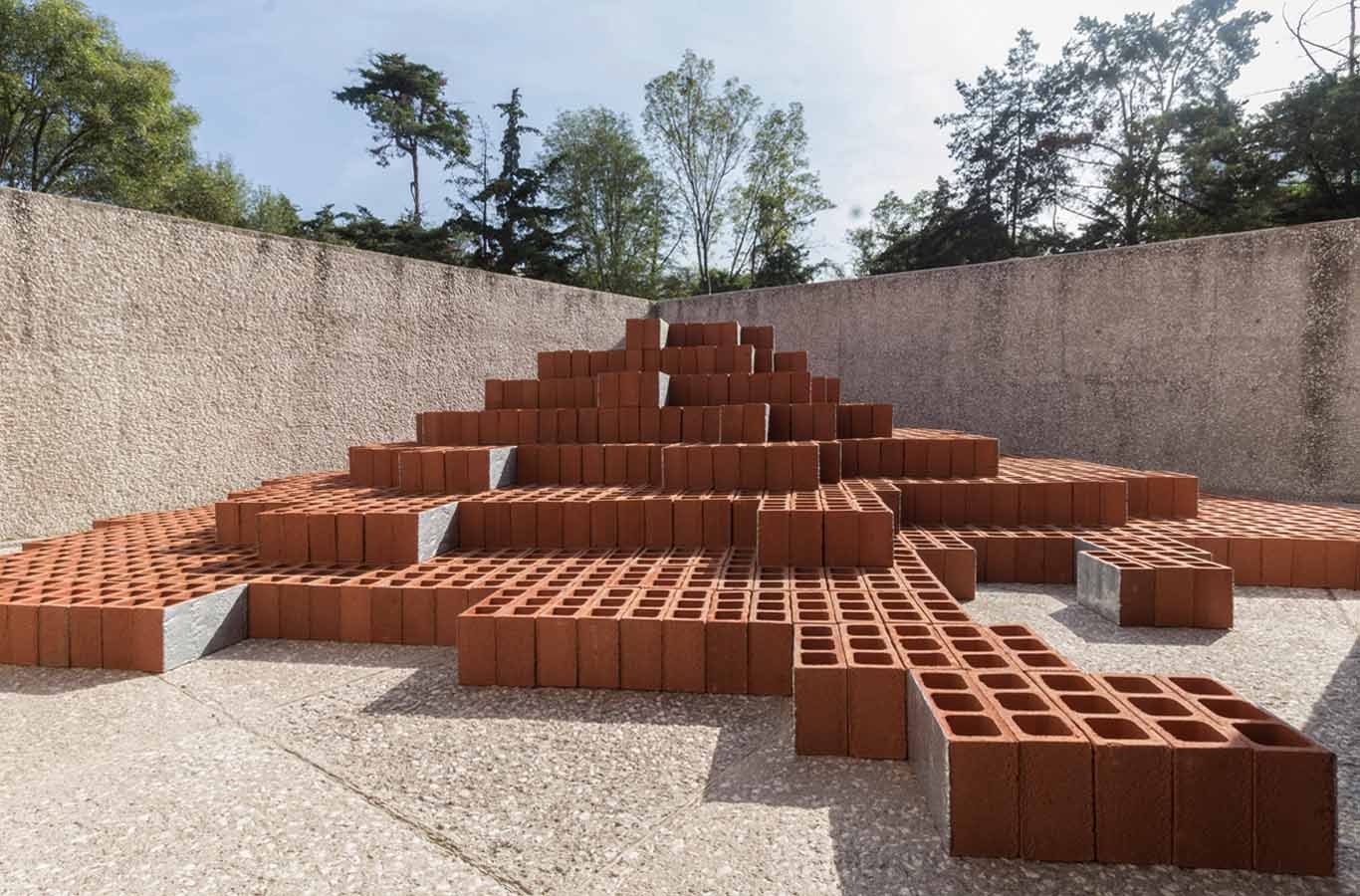 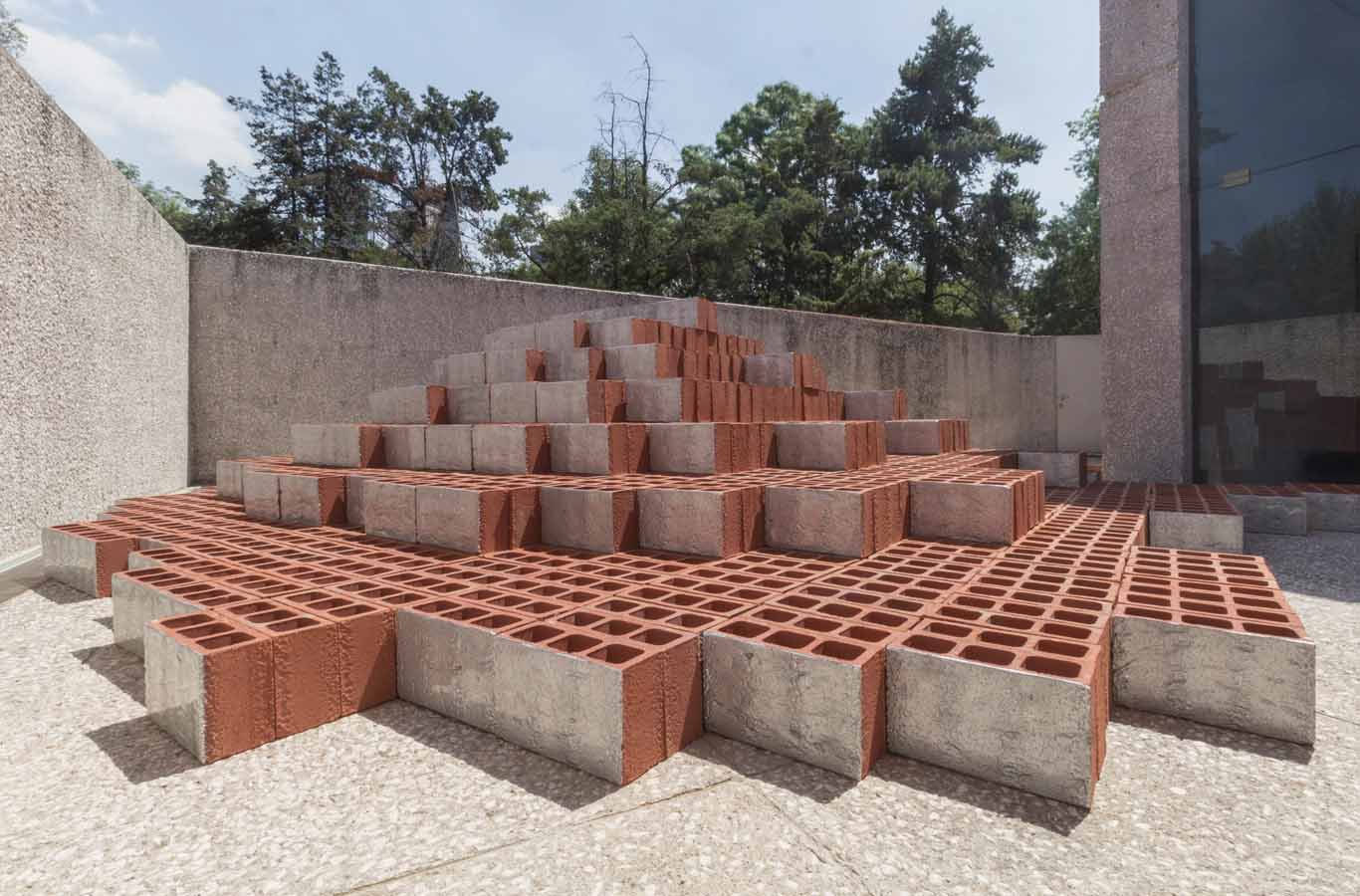 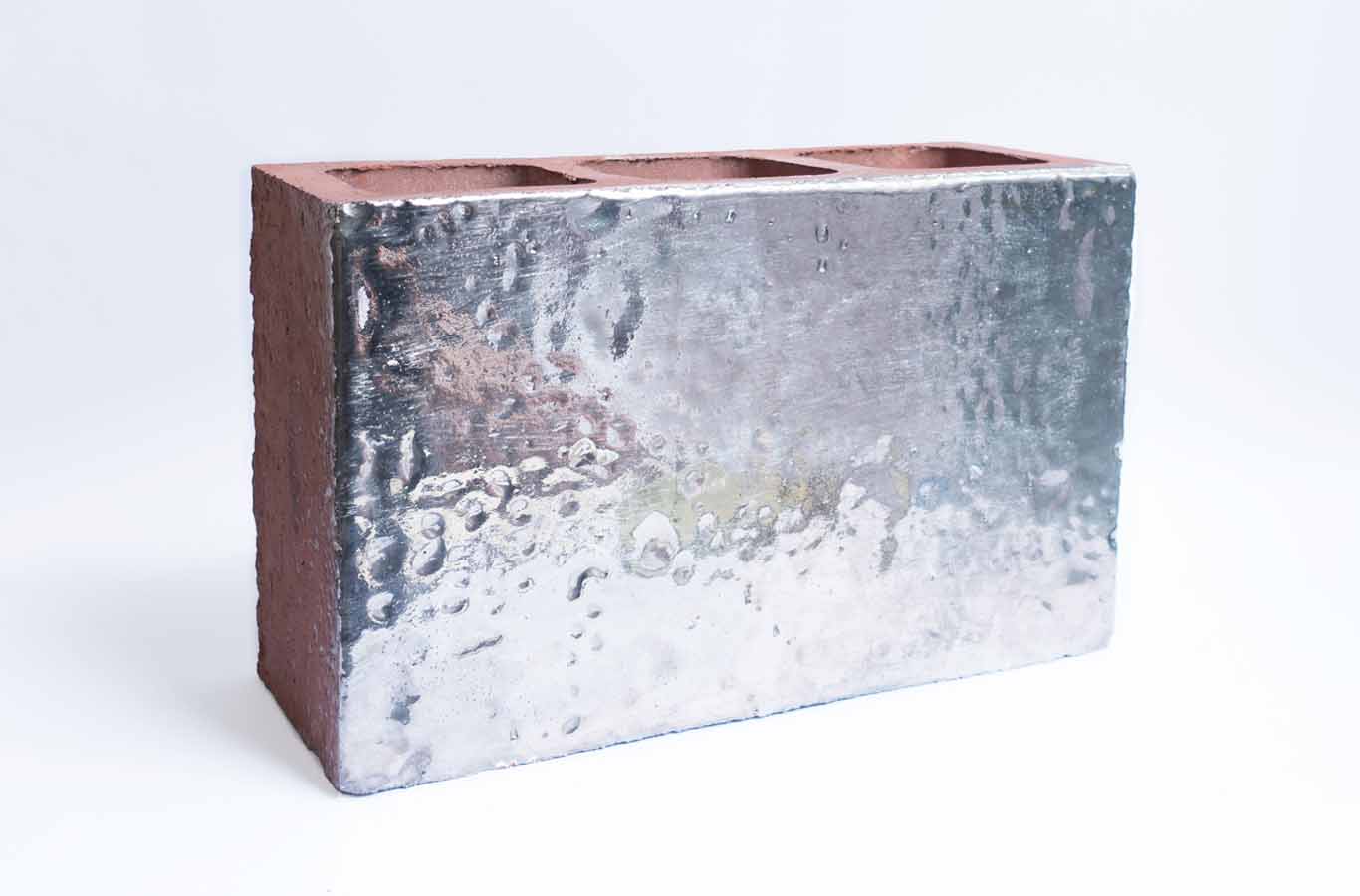 popo transforms a common industrial building material of low-cost to a new multi-purpose object by applying a specular glazing to its front face. Assembled to a topographic landscape, hundreds of popo blocks combine to a pixelated 1:350 scale model of the nearby Popocatépetl volcano, including details such as the crater and the volcano’s extensions at its foot. The climbable structure resembles the urban sprawl of informal housing that follows the topography of the volcanic peripheries as it can be found in many parts of the valley of Mexico City. popo is an utilitarian object conceptualised for Ideal Estándar, a social franchise model of utilitarian artwork production, developed by the Arena México Arte Contemporáneo.